With your support we’ll increase awareness of childhood stroke, improve treatment and care and provide better support to families.

Together we can bring a brighter future to children and families impacted by childhood stroke.

Around 500 strokes will be experienced by infants and children in Australia each year. While the numbers are small, the impact can be devastating and life-long for families.

Stroke Foundation engages and collaborates with the Little Stroke Warriors support group to determine the needs for Australian families impacted by childhood stroke.

How you can help?

After a child’s stroke, parents are left without adequate information or support. For a family in major crisis, this makes the road ahead even harder than it needs to be. It makes it difficult for parents to understand and explain to others what has happened, and to get the services and support they need.

With your support, the Stroke Foundation will create “Our Family’s Stroke Journey”, a resource delivered to parents by hospital health professionals in the first few days after a child’s stroke. It will cover everything parents need to know, from causes, diagnosis and treatment, as well as providing a recovery road map for the years ahead. Our Family’s Stroke Journey will make the path ahead a little clearer and improve outcomes for children and families.

We would like to introduce you to two remarkable women..

Their names are Kylie Facer and Dee Banks. This powerhouse duo are mothers who, in an ideal world, should never have met. They lived more than 1000 kilometres apart, they didn’t have any mutual friends or connections and didn’t have a great deal in common.

But Dee and Kylie were drawn together in heart wrenching circumstances.

Both of their baby daughters had strokes.

While Dee and Kylie should have been enjoying getting to know their precious little bubs like other first-time mums, they were dealing with a barrage of doctors, test results and life changing news. They felt anxious, overwhelmed and isolated.

It was an emotional rollercoaster. Dee said she felt like the only person in Australia whose child had suffered a stroke. She was incredibly frustrated by the lack of recognition for paediatric stroke and the limited information about it. Dee wanted answers.

Individually they grappled to make sense of what had happened to their darling girls and were forced to navigate medical terminology, which sounded like a foreign language. They had to challenge people who refused to believe stroke happened to anyone other than the elderly. While internally, there was also the constant fear about what the future held.

They would ask themselves whether their daughters would be able to feed themselves, to talk, walk, have friends, go to school and the list goes on and on. These are questions no parent should have to ask. 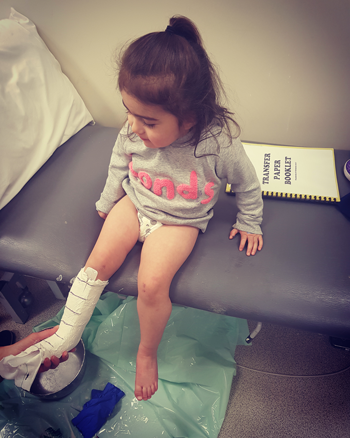 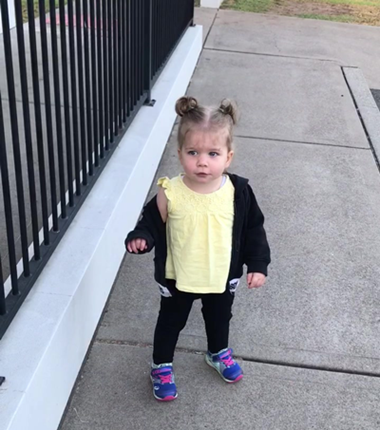 Aside from the support of loved ones, they felt alone.

Kylie remembers the day she connected with Dee. Her daughter Anika was four months old and the Muswellbrook mum was struggling to keep it together mentally. She was being strong for Anika and everyone around her (as mums do!), but yearned for someone to talk to who would understand how she was feeling.

Kylie put a post on the Stroke Foundation’s facebook page to see if any of its members were in a similar situation and Dee replied. The pair bonded instantly, then started private messaging and calling each other. Dee’s daughter Emma was 18 months older than Anika, but the mums were able to share their feelings, their experiences with the health system and celebrate the little wins. In each other they found comfort, friendship, inspiration and, at times, a shoulder to cry on.

Kylie and Dee understood each other’s day to day challenges, along with the boundless love and pride a mum has for their little girl. They were fiercely protective and shared a passion to raise awareness of paediatric stroke, so that nobody would have to go through what they did.

It wasn’t long before they decided to set up their own group for other parents, just like them, whose children had suffered strokes. They realised the value in having each other and wanted to provide that support more widely.

Today the Little Stroke Warriors facebook page has almost 200 members. It’s a lifeline and an outlet for parents to share their experiences, their struggles and therapy ideas.

Members share their triumphs, which are extra sweet when a child reaches a goal doctors thought may not be possible. Little Stroke Warriors grew quickly because it was needed. There was nothing else like it. The members gave each other hope and encouragement and even started meeting up in person. They treat each other with respect and sensitivity – and most importantly, they do not judge.

Kylie and Dee are humbled to know they created something which has been so well received and has helped others to cope better. The online community is now at a stage where it can sustain itself and its founders can take a step back and have a breather when they need to.

Through Little Stroke Warriors, Kylie and Dee are also working tirelessly to raise awareness of childhood stroke, an issue which largely goes under the radar in Australia. Approximately one in every 2300-5000 newborns will be affected by stroke. It is even possible to have a stroke in utero.

Their end goal is to make sure parents don’t leave hospital scratching their heads in confusion and turning to Dr Google in desperation for answers like they did. 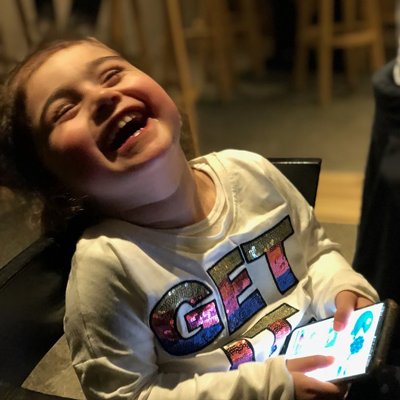 It is an incredibly difficult moment to learn your child has had a stroke, but even tougher when the reason is unclear. Kylie and Dee want resources available in plain English and at the point of diagnosis to help new parents on their journey.

These determined mums want to boost the profile of childhood stroke in the wider community and also in the medical profession so there are no delays in diagnosis. When a stroke occurs, the faster the diagnosis and treatment the better the outcome.

In the past year, Kylie and Dee have been busy making noise about paediatric stroke – holding fundraising events in their hometowns of Muswellbrook and Ballarat and even organising for an historic building to be lit up in purple to raise awareness.

By working hand in hand with the Stroke Foundation they believe anything is possible. The sky’s the limit. Kylie and Dee are extraordinary women. They are fighting to give their children a fair go in life, to achieve their goals, live well after stroke and to live in an inclusive world where disability is not a barrier.

The good news is, Emma and Anika are thriving. While they may not be hitting the milestones of a typical child at the same time, they are hitting them. Anika just starting walking!

The Little Stroke Warriors motto is “be fierce, be brave, be mighty”. Kylie and Dee, their children and the community they have created live by this.

These women deserve recognition. Everything they do comes from the heart. They have drive and energy and they will make a difference.