The scariest moment of my life

At the age of 27, Stacey Grapsas had a stroke.

Healthy, young, and active, Stacey had little to no warning of what was to come. In the 18 months prior to her stroke, she had been improving her health and lifestyle through diet and exercise, she didn’t consume alcohol and was limiting fatty foods and her sugar intake.

Looking back on the lead up to her stroke, the only symptom that something was wrong was that she had experienced severe facial pain down the left side of her face, lasting for 3 to 4 minutes. This had happened only a few times, but the last time caused her to become disorientated and dizzy. 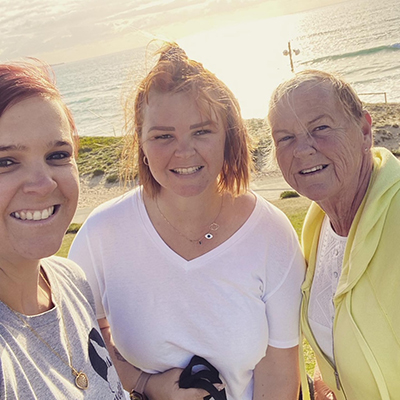 Stacey is pictured on the left.

The day of her stroke Stacey was at work when she collapsed. Because of the lack of symptoms and warning signs, it wasn’t immediately apparent that she has suffered a stroke. Her work colleagues initially thought she had vertigo and helped her into a chair to rest, however when she was unable to use her right hand this prompted concern and her mother and partner arrived and took her immediately to the GP.

Five days after the stroke, Stacey was fatigued, her depth perception was impaired, and she was dizzy with diminished eyesight. Attempting to move her right thumb one day while calling her partner it didn’t move. She didn’t think that she had suffered a stroke, however after being prompted by her partner, Stacey got an MRI and was advised to go straight to the hospital. The diagnosis of a Pontine Stroke was confirmed by the doctors. Stacey spent 2.5 days in the hospital and required 24/7 observation after that at home for 14 days.

Stacey counts herself as extremely lucky and is grateful for her recovery as the outcome could have been extremely different. The main implication of her stroke was fatigue. She would have to rest frequently as communicating with others for more than 1-2 hours at a time would exhaust her, and for approximately 6 months she struggled to find the right words in conversation. However, she is 95% recovered now as her eyesight corrected itself and her depth perception has returned.

‘I thought being healthy meant that I wasn’t at risk of having a stroke’, Stacey says.

“Stroke doesn’t discriminate, they can happen to anyone at any age”.

Stacey participated in the Stroke Foundations annual ‘Stride for Stroke’ campaign in 2021. Her aim was to raise awareness of stroke in younger people.

She wants to let people know that” if you experience anything outside of the norm, or anything that isn’t a part of your usual routine get checked over by your doctor’. And learn the signs of a stroke. 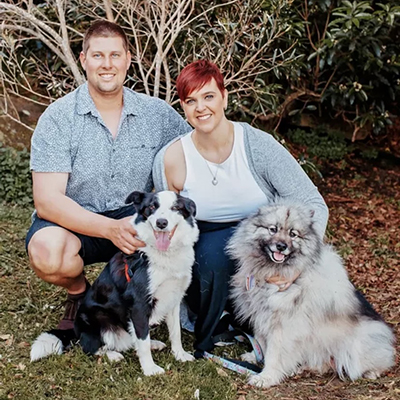