'Our health is in our hands.'

It was 1987 when Nancy Allen suffered her first stroke. Five years and four strokes later, Nancy was left severely disabled. Nancy’s husband Vic was devastated. The wonderful life that he and Nancy had shared would never be the same. When Vic passed away in 2009, he left behind a heartfelt legacy in honour of his beloved wife Nancy. 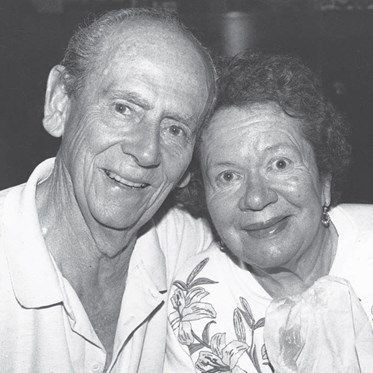 Vic envisioned a future where the tragedy of stroke would be greatly reduced.

Stroke Foundation is honoured to continue Vic’s vision and commitment to support stroke clinicians, researchers and health professionals to achieve the next breakthrough in stroke prevention.

The Nancy & Vic Allen Stroke Prevention Memorial Fund is administered as part of Stroke Foundation’s Endowment Fund, established in 2018 to support research and advancements to prevent, treat and beat stroke.

Share in Vic’s vision and help to fund research into stroke prevention. Join us today and continue Vic’s legacy in memory of his beloved Nancy. Donate today 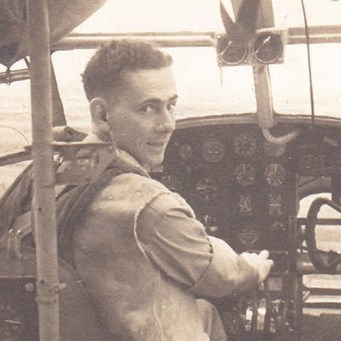 Born in 1919, Vic was raised in a small town outside Adelaide. At age 22, Vic joined the Royal Australian Air Force (RAAF) where he trained in Canada to fly Sterling and Lancaster Bombers.

He saw active service over Europe during the Second World War, flying more than fifteen night missions across enemy territory. Following his war service, he returned home to Australia.

Vic’s charitable giving started when he joined Legacy to help war widows and families. Vic wanted to give when and where he believed his donation would make a difference. 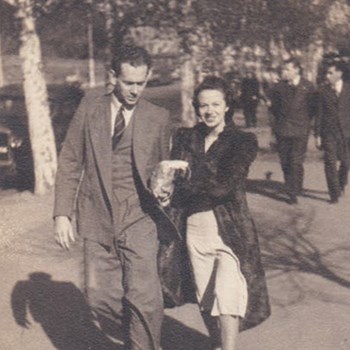 Married for 53 years, Nancy and Vic shared a love of language, music and travel. Together they enjoyed many overseas holidays to England, West Germany, Switzerland and the Far East.

Retiring to the Gold Coast in 1989, Vic cared for Nancy until she passed away peacefully in 1996. 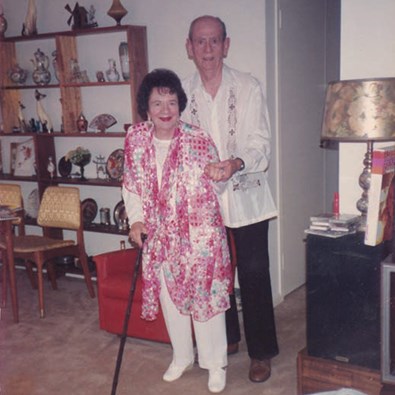 In 1987, a month after being discharged from hospital following treatment for high blood pressure, Nancy suffered her first stroke. Five years and four strokes later, Nancy was left severely disabled.

Nancy’s mobility became severely restricted. She had lost nearly all her speech, swallowing abilities and vision – a terrible blow for an avid reader. Nancy required daily assistance for nearly all her physical and emotional needs.

Vic was absolutely devastated. His experience drove him to advocate passionately for stroke prevention and he became interested in the role that Integrative Care could play in the fight against stroke.

No one should experience what Nancy and Vic Allen went through. Donate today

If you'd like more information, please download the Nancy and Vic Allen Stroke Prevention Memorial Fund information booklet or get in touch:

If you’d like to talk to someone about the Nancy and Vic Allen Stroke Prevention Memorial Fund and the work of the Stroke Foundation to prevent, treat and beat stroke, please contact a member of the Individual Philanthropy Team.

Donations over $2 to the Stroke Foundation for the Nancy and Vic Allen Stroke Prevention Memorial Fund are tax deductible.